You are here: Home / Saving Tips / The Guide to Pay Less Driving Violation in Canada

Waiting in a bus stop in downtown Calgary, I always wonder what’s the inside of Calgary Court looks like. What should I do to have the reason to quench my curiosity?

A quick yes did the trick.

My friend has found a way to pay less driving violation in Canada. Such idea and my schedule (I made my self available) seems to be in sync.

The tip that I’ll share to you is applicable to wherever you are in Canada and not just in Calgary or in the areas within Alberta. 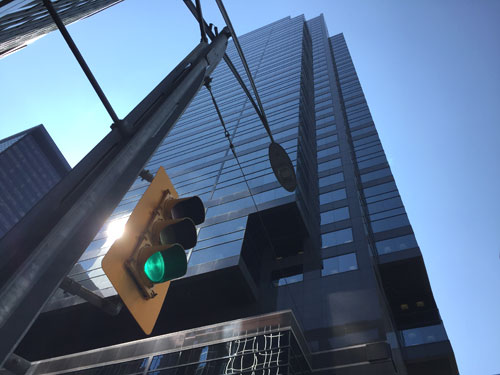 Did You Get a Driving Violation Ticket in the Mail?

This is the type of the mail that no driver is looking forward to receive.

But it happens. One night, your driving and suddenly you saw a fierce light flashing, coming from the back. It’s called photo radar; say cheese or oh no . . .

Days later you have something in the mail. Not from Meg Ryan or Tom Hanks. But from the police department of the city.

Often driver would say that it is better to get a violation ticket in the mail because there are no demerit points to any automated enforcement tickets.

The violation is issue to the registered owner of the vehicle and not to whoever is the driver.

When applying for a car insurance quote, a photo radar offence ticket wasn’t considered as violation that could affect the insurance premium. That’s what I’ve been told when I asked for a quote and didn’t understand some of the questions.

When you get a violation ticket, you can choose one from three options:

I would rather do no.1 pronto. Through my friend’s experience, I learn how to pay less a driving violation like speeding which is common especially in summer.

Ask for a discount.

Although the notice ticket has a specified amount to be paid, it’s not the final figure. Here’s how my friend lower the fee by at least $60; I can attest to that.

We went to Calgary Courts Centre (other provincial courts in Alberta) early in the morning. The security measure is similar to the airport; we took off our jacket for inspection and go through a gargantuan human scanner. 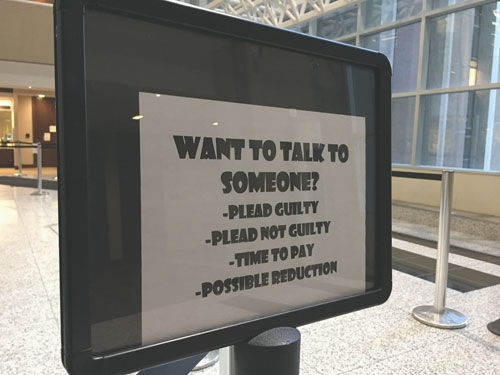 You have two choices: talk to the judge or go pay to the cashier.

My friend chose the former. I wandered for less than 30 minutes. Drivers of varying age wanted to talk to the judge to have their demerit or fee reduce.

Is the judge more likely to reduce the fee for first-time violator like my friend? Maybe.

The reduction of fee is not the same for everyone. The goal is to pay less or ask for consideration for those who accumulated demerits enough to lead to licence suspension.

If I happen to get a photo radar offence ticket (no police encounter please), I know what to do. This is unlikely to happen because I sold my car that I bought on Kijiji. I’ve never been more such a happy commuter since fourth grade.

No tickets nor demerits would come my way. At least for now.

Prevention or should I say following the traffic rules can keep anyone from visiting provincial courts or accumulating demerit points.

After paying the fee (do so before the deadline), it’s hard not to learn from an experience. Still why not take further precaution.

Review a driver’s guide from your province (here’s for Alberta).

Becoming a better driver benefits everyone. The driver, passenger, pedestrian, and dogs.

Is it necessary to rush turning to a corner before a pedestrian does because it’s obvious someone would get hurt? (That was a closed call for me, a pedestrian.)

Turn on a calming, classic, or ambient music. Or use an app to play white noise. Want to hear rain in summer? I wouldn’t recommend listening to podcast or audiobook because it would need your attention.

Drive safely everyone. Enjoy the journey.

Have you ever receive a violation ticket in the mail? Did it improve your driving behaviour?

« Reading a Book About Minimalism for the First Time: Goodbye, Things
Why OFWs Should have a Philippine Bank Account »