You are here: Home / Travel / Get Close to Nature with a Trip to Phnom Kulen Waterfall

Note: This is a continuation of the post 5-Day Trip in Siem Reap, Cambodia.

After a not-so-arduous stroll in Siem Reap, it’s time for a trip to nature again in Day 4.

We were picked up at the hotel by Chad from Siem Reap Shuttle, the same company who took us to different temples in Day 3.

Our group is composed of six travellers from different countries: Australia, Singapore, and Philippines. Although we are a small group, it’s definitely an enthusiastic group that is excited to go up in the mountain. 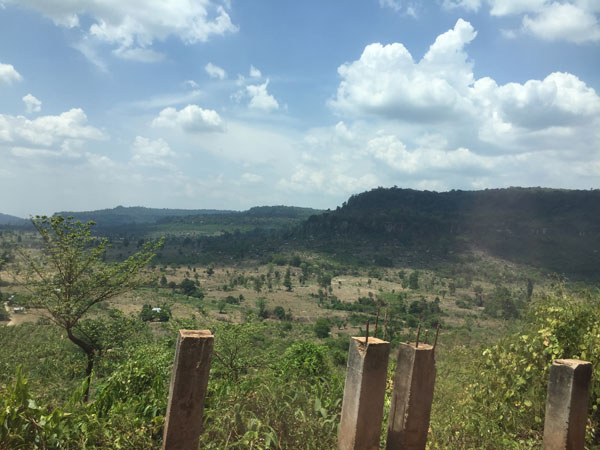 The road trip takes a long time but I didn’t mind. Along the way I noticed that Siem Reap has a red soil; does this mean it yield more crops?

Whether we are passing by houses or business establishments, an altar is found outside to bless the place as our tour guide said so.

Things get exciting as we go up the mountain. Kudos to our driver with such focus and hand dexterity.

As we go higher and higher, it’s easy to forget that there’s a city not too far from the mountain.

Our first stop is the River of Thousand Lingas. It was amazing how early Cambodians carved the lingas in a river.

Some were visible; others were submerged under the shallow river. 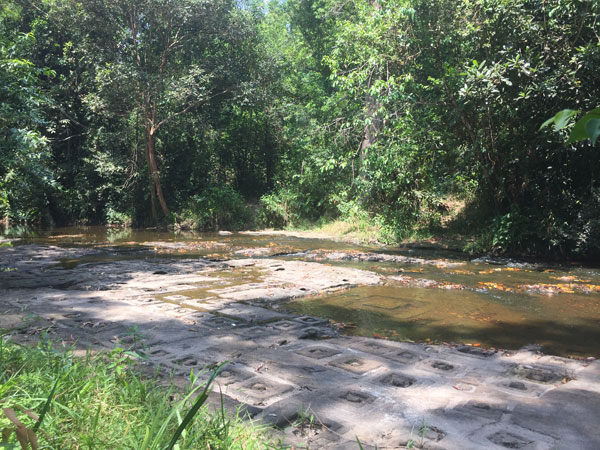 Tip: Put on a lotion like Off to ward off mosquitoes. It is the only time I needed to use an insect repellant while in Cambodia.

As much as we were amazed by such creation, I can’t help but to be saddened by the sight of garbage by the river and while we’re going up the mountain.

A community is thriving on the mountain. Students walked by us as they head back to school after a lunch break. I hope the community will equally value education and the environment. 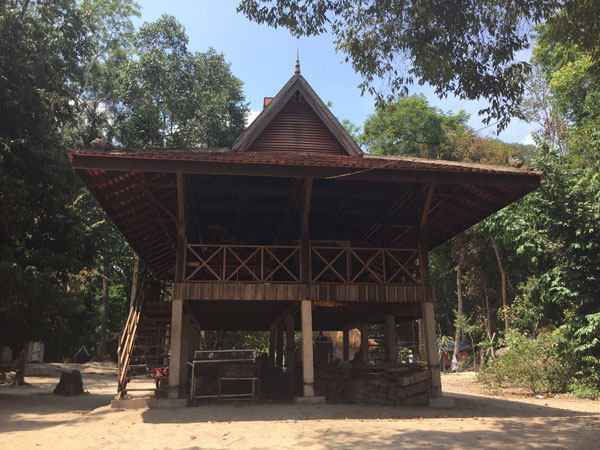 For years religion taught me to respect others no matter how their religious belief differ than mine. You are either born with or without a religion. Or choose to be part of a community as an adult.

I removed my shoes as requested by our guide before we went up to see the Reclining Buddha. This is a holy place for Buddhist and as a tourist, respect is expected.

What I didn’t know is that we have to take a long plight of stairs barefooted. The cement is hot yet clean.

Didn’t I say I’m afraid of height, so I wasn’t thrilled looking up where the Buddha is.

Following my sibling and occasionally reminding (scolding) them to wait for me, I managed to reach the top.

The place is tight so tourists can’t stay that long as people keep coming. It took is longer to go up than to gaze at the statue. 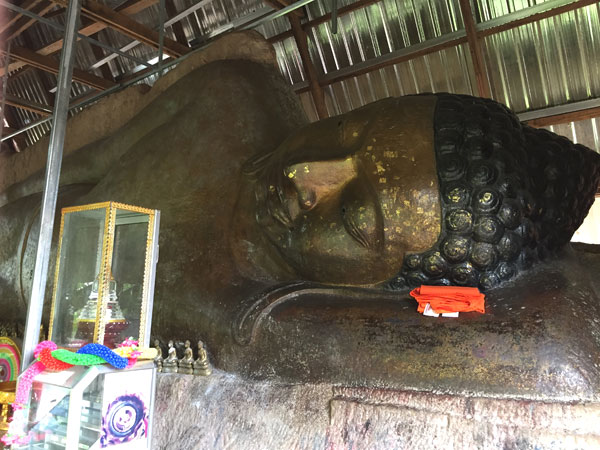 No longer barefooted. We enjoyed a traditional Cambodian food similar to waffle or pancake. There’s no need for honey or Aunt Jemima (pancake syrup).

The Aussies love the food and after I mentioned the famous pancake syrup. I stroked a conversation with them. To avoid confusion, I had to explain that I am a Filipino having a vacation in the Philippines but living in Canada.

We talked mostly about the weather which is always a good ice breaker and the places they’ve been in Canada. They mentioned how unforgettable their cruise was to Alaska to see the polar bears and Glaciers.

They also made their way to Butchart Garden in Victoria, British Columbia. I also can cross it out of my must-visit list this summer after a four day trip. My fondness of gardens is like an evergreen, keeps on thriving.

The next stop is the waterfall. The trek up is tricky. with huge roots jutting out, one could use alertness and agility.

Going down the steel stairs, we saw the waterfall right in front of us. There’s also a smaller waterfall that you shouldn’t miss.

We quickly deep our toes in the water. Anybody can take a plunge. None in our group did but had a lot of photos and time to get acquainted with small fishes tickling our feet. 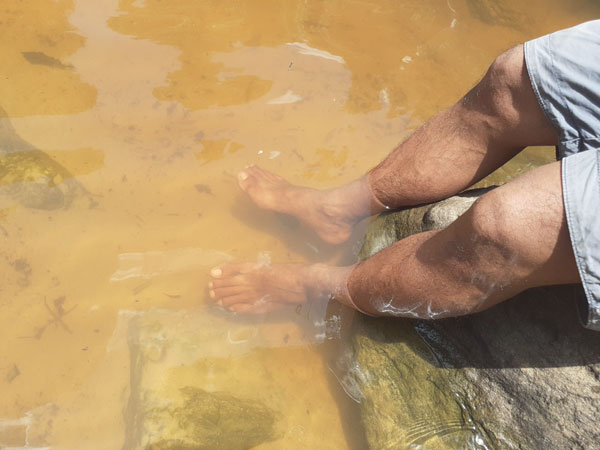 After a few hours up in the mountain, we were ready to grab a lunch. We stopped by a restaurant and had a chat with our fellow travellers.

I told the friendly guy from Singapore to go to Koulen II. He was sold with the idea and I think he have gone to knowing how affordable the buffet is. 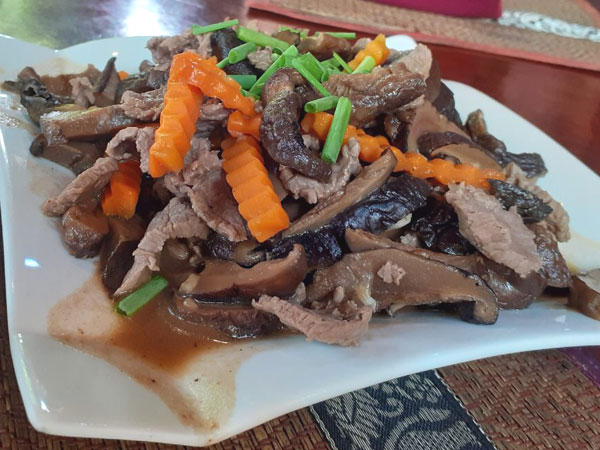 Being Asian, my siblings and I had rice and viands for lunch and tropical smoothie. I’m lucky I didn’t get tonsillitis with all the refreshment indulgence.

It’s easy to like the Aussies especially with an offer to try the spring roll they’ve ordered.

Much obliged. Please. It’s vegetarian so why not.

With a satisfying lunch, it’s understandable how quiet we were in the van. Some (including me) was dozing on and off.

We bid our farewell, as one by one, we were dropped in our respective hotels.

What a wonderful day.

It’s stimulating but not tiring. So we were surprised to sleep till 8 pm; five hour of sleep went unnoticeable.

Our planned to have dinner outside was cancelled. I had a shower and went back to bed feeling more relax, sleepy more than ever.

Do you know other affordable nature trip in Siem Reap or anywhere in Cambodia?