You are here: Home / Saving Tips / Please Let Me Cancel My TFC Subscription

The long-time running show of Charo Santos and On the Money (one of the shows advocating financial literacy in the Philippines) are the reasons why I applied for TFC subscription for two years. It is also known as The Filipino Channel.

I had a basic subscription which cost $20.95 a month which I haven’t used as much ever since the On the Money wasn’t available anymore.

For months I was thinking of cancelling the TFC subscription. Then I finally came into conclusion of just doing it.

Breaking Up with TFC Subscription is Hard to Do

Little did I know that getting rid of a credit card is easier than cancelling a TFC subscription. Masyadong madrama ang sumunod na mga pangyayari.

I called the customer service number (1-855-832-2632) then talked to a friendly kababayan . . . who is so concerned of my watching routine that I’ve been asked a lot of questions

1. How do you spent your free time?

Me: As productive as possible such as cooking and laundry.

2. How will you be able to stay informed about the news in the Philippines?

Me: I never watched the news aside from business news. Positive and negative are all over the news plus the showbiz tsismis. All of which are draining and depressing except the good news if there’s any.

If there is only a way to filter what I can watch then . . . nah. I only watched the news when I was younger because my parents like it. Or maybe I was waiting for my turn to get a hold of the remote and watch cartoons. 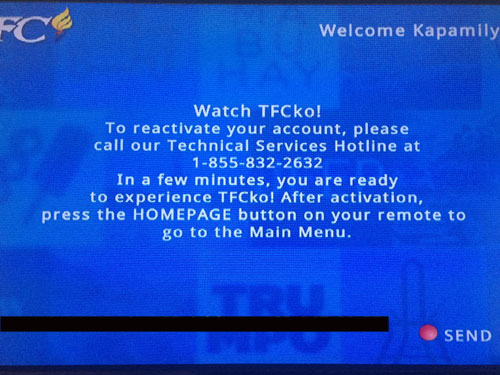 3. How will you be able to watch the Teleserye?

The only show that I’ve been hook was Gimik and that was it. Don’t judge me here but I prefer to watch Korean dramas or similar to it. I like seeing different places, fashion, and most importantly a story with comedy, history, etc.

Do you have any recommendation? I heard Goblin is incredible based on the fanatic, exaggerated reviews.

Tip: I recommend Itaewon Class and Rookie Historian which are both K-dramas. The former are for those who wants to be inspired to start their own business and the latter is for history buff.

4. Is there someone in the house who would like to continue the service? The account can be transferred to another person but they’ll have to make the call.

(My housemates love Teleserye and also there C$20.00 so they chose the latter. I would do the same that’s why I cancelled the subscription.)

After giving my honest answer “I prefer to watch foreign documentary and movie.”

So I’m promoting it again. It’s not my album for sure. Please, please watch What the Health on Netflix or however. Just watch it.

OK from recommendation, let’s go back to my mission impossible.

Trying not to sound annoyed with my crusade, I was able to cancel the subscription. The call ended after I paid the service for the month.

Tip: Have the credit card you use to pay the bill in handy. It will be charged for the last time when you cut the cord.

Expect a call from the TFC staff for further instruction about what you will do with the device and peripherals.

Two days had passed and I haven’t received a call. So I called instead.

Then there goes the attempt for the staff to convinced me not to push through, to surrender. I’m not waving the white flag. I defend my frugality fortress with the statement which is simple, and again honest.

My stubbornness prevailed. I called to know the further instructions. Nothing more. After the call I received an email the next day with the following forms: 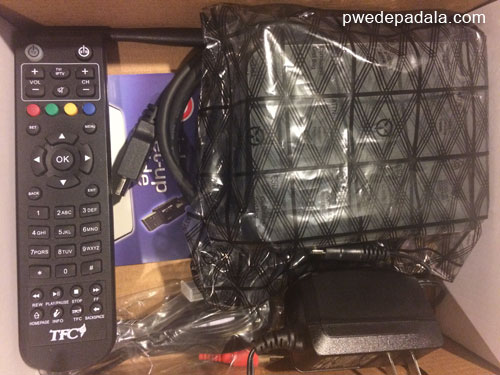 Within the same day I returned everything including the IPTV box and remote.
If you are in Calgary, you can return in the address below or use the locator.

Call the number to make sure that the store is still there. It took me three attempts to finally find the right store with correct address both in reality and in the Google map.

Will I Reunite with TFC in the Future?

Maybe I will if there’s a K-dramas and I have more time to spend without guilt. But I still have to listen to podcast and watch more documentaries in my playlist.

That’s just me. It’s OK to spend toonies (C$2.00) on cookies from Dollarama and eat while commuting and blogging. Don’t forget to wipe the crumbs off your face.  (I wrote this post in downtown Calgary and posted before midnight. Trying to stay committed.)

The point is, if watching Teleserye makes you happy and it doens’t interfere with your responsibilities then watch to your heart’s content.

Cheers to the loveteam of the year or the bida with nine lives like a cat. You are in charge with the remote and most importantly, the household finance.