You are here: Home / Personal Finance / Why Did I Buy a Car on Kijiji

I started to commute to and from to school when I was in fourth grade or maybe third.

Since then I’ve been commuting to work, mall, photowalk with my sister, and lakwatsa without asking permission to my parents (a rebel with a cause).

I love travelling on my bike. On jeepneys, on which I should get a discount for occupying less space than the rest. On buses with scarce curtains you have to share with other commuters. On MRT and LRT on which you can neither fall nor sit but have your toes step on with heels.

I have so many adventures in the Philippines because I am a commuter by necessity.

That was back then. In Canada I have to forego the privilege of being a passenger, enjoying the view and missing the station where I’m supposed to get off.

I become a driver by necessity.

Why I Chose to Drive rather than to Commute

Just as when I was learning the art of layering to keep myself warm in winter and enjoying the long commute in bad weather, I have to give up the passenger seat.

I have to drive to work because the buses wouldn’t go through the bus stops on some time of the days. I have to walk at night for ten minutes which I wouldn’t mind if summer is ever-present.

Whenever the snow starts to fall as early as October it is difficult to commute at night. One thing I learned about myself is that I will never love the cold in winter.

My hands and toes cannot stand the cold outside for long hours regardless of what fleece mittens (warmer than gloves) and socks I use. They are screaming as if needles are poking the tips.

Tip: It’s a good thing I listened to my mentor who insisted that I should get a driver’s license even if I don’t know yet whether I want to drive or not. You’ll never know when you have to drive for whatever reason.

Take that Class 7 and Class 5 exams as soon as you settle in Canada.

You’ll never know when the necessity will strike. I commuted to and from work for at least three months and decided to buy a car not more than my budget of $1,000.00 because I don’t need a fancy car.

I would still rather commute than drive especially in winter but this time a car is a NECESSITY.

How to Buy a Car on Kijiji

I’ve been holding on to my driver’s license for four years without using it other than as an ID for bank transaction and that one time when I watched an action-filled movie.

The movie is full of violence that I have to prove I am of legal age to watch. I was a little bit embarrassed but proud that I have a driver’s license showing the duration of my earthly existence. 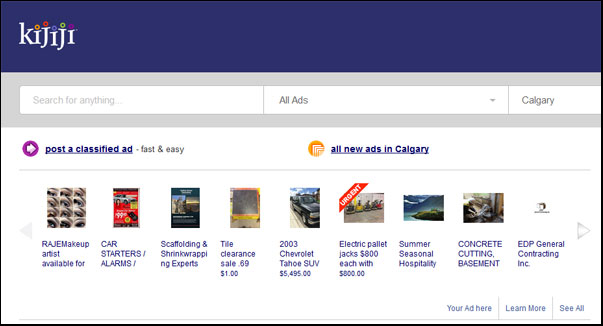 Excuse the sidetrack of the topic. Let’s go back to car and driving.

One day my friend texted me that he found a car on Kijiji which is less than my budget and the owner is also a Filipino. We can haggle (tumawad like in Divisoria) for the price as expected from our culture.

No need to apologize for being a kuripot.

That same day, we bought the car, a Honda Civic Ex, which is still in good condition. I have to thank the previous owners who took good care of my new BFF on the road.

The car has new battery. It has few scratches not noticeable unless you want an up close look. The windows are electric if that’s the right term.

The only thing I had problem with is that the car key often gets stuck in the ignition. But that was a mystery solved through investigative watching on YouTube.

The best advice I can give if you want to go online and buy a car on Kijiji is to have a mechanic who will shop online and inspect the car for you.

It does pays well to become friendly especially to a mechanic. Mind you that wasn’t my plan. No hidden agenda. Kindness brings about kindness.

Is the Car Worth It?

Some upgrades and repair were made: semi-used winter tires and leak (I forgot which part of the car). A year later the spark plug and rear light were replaced.

One thing I should remind you also: you must have a budget for maintenance. I’m lucky that the repairs were affordable thanks again to my friend.

As of today the only maintenance for the car is the oil change and switching of summer and winter tires.

The bonus of buying a reliable and old car is that I save a lot on insurance. The premium gets cheaper every year.

For the insurance, don’t settle for what the company has to offer. Shop around. Ask for a quote. The first year of driving will cost you a high premium; the following year is the best time to be picky even more.

So that’s the story of how my car (it’s funny that I gave it a name which like me has to be anonymous) and I found each other in the age of consumerism.

It’s your turn. How did you buy your car: financing, Kijiji, or through someone you know?

« Are You Afraid of Sending Balikbayan Boxes in December?
Where to Buy Flip Flops for less than a Toonie »